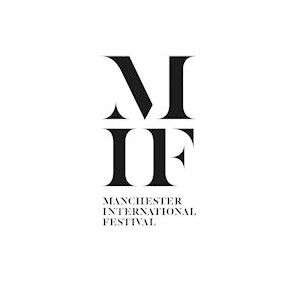 Celebrating its first decade, Manchester International Festival returns for its fifth biennial outing with a show-stopping smorgasbord of artist-led original new work, unique concerts and exciting collaborations across the spectrum of performing and visual arts: from comedy to ballet, from experimental electronic music to theatre premiers.

Alex Poots, founding CEO and Festival Director, said: “Over the last decade, MIF has helped enable artists to develop their art forms and at times foster connections between different art forms. The best of these works have shown the interdependence between creative disciplines that may not, on the surface, seem to have as much in common, but actually have a deep rooted artistic compatibility.”

Björk‘s first European performance of her latest critically-admired album Vulnicura will undoubtedly be one of the hottest tickets in town. Other musical highlights include FKA twigs‘ residency at Old Granada Studios and a ballet composed by Mercury Prize winning producer and composer Jamie xx .

Damon Albarn is returning to MIF with a musical wonder.land based on Lewis Carroll’s iconic Alice in Wonderland. The show is a collaboration with the National Theatre celebrating 150 years of the book’s first publication.  Curiouser and curiouser…

Unashamedly Mancunian patriot, actor and Eccentronic Research Council collaborator Maxine Peake will grace the stage of The Royal Exchange Theatre for a performance of The Skriker, directed by Sarah Frankcom with specially commissioned music by Nico Muhly and Mercury prize-winning musician and visual artist Antony.

The Invisible Dot Ltd, industrious producer of the most original comedy in London, will also be joining MIF to curate a three-part comedy programme of intrepid and original works, which will include the world premiere of The Crocodile adapted by Tom Basden, Adam Buxton‘s latest work and The Invisible Dot Cabaret.

The festival will be taking place across a range of venues, including Castlefield Arena and the brand new (yet to be unveiled) multidisciplinary arts centre HOME.