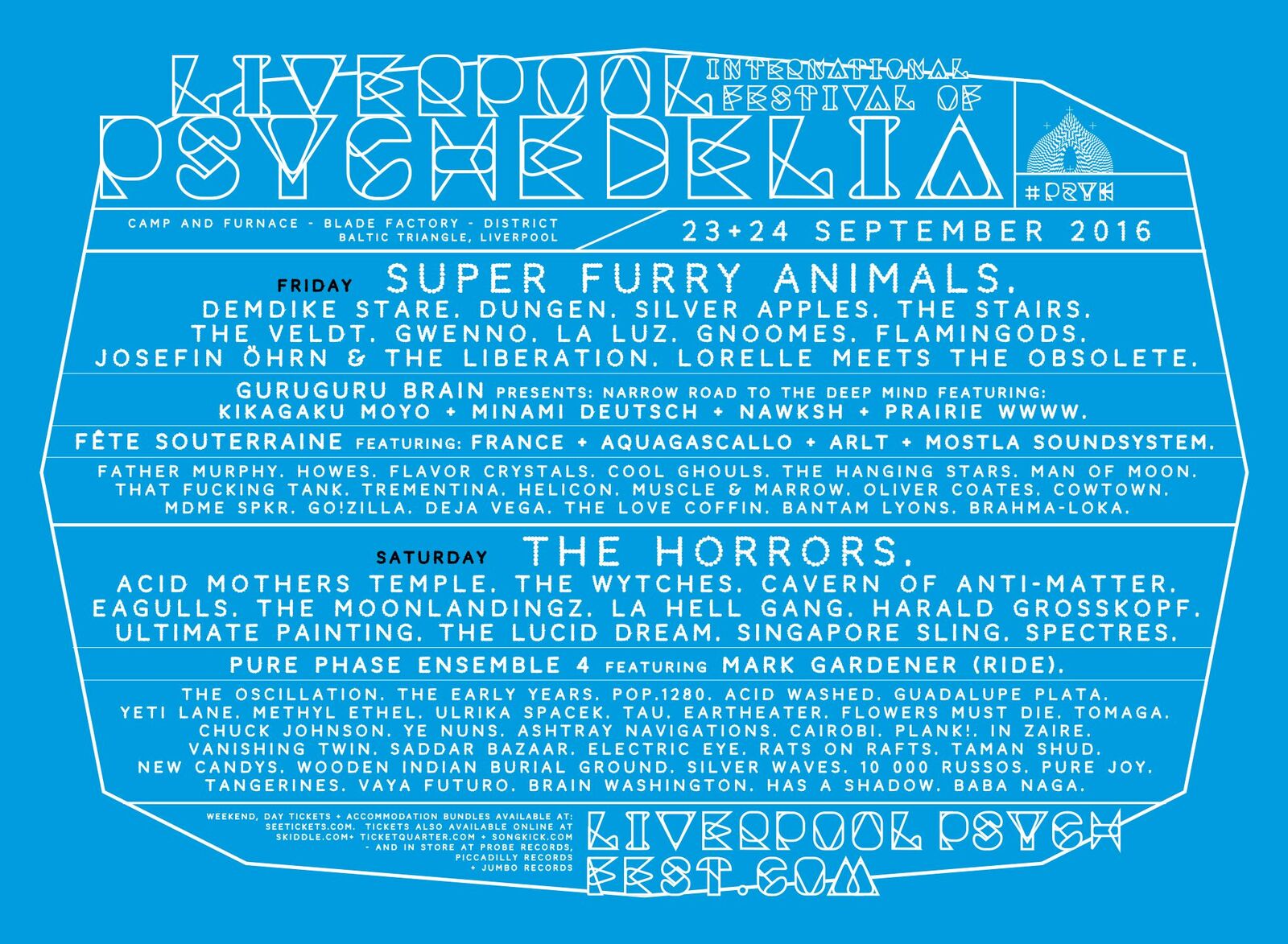 Liverpool International Festival of Psychedelia is back in September for its fifth annual outing. Returning for the third consecutive year to the atmospheric warehouse and recess spaces of Camp and Furnace, Blade Factory and District, in the city’s Baltic Triangle, Liverpool Psych has just revealed the second raft of artists who will be joining previously announced headliners Super Furry Animals and The Horrors

Pure Phase Ensemble – an international music collective that convenes annually for SpaceFest in Gdansk, Poland – led by Mark Gardener the singer and guitarist with English shoegazing band Ride will be making their first ever UK appearance at this year’s Liverpool Psych festival.

The pioneering black shoegaze band The Veldt are also scheduled to appear at this year’s event along with other new names including Leeds’ post-punk rockers Eagulls, former Pipette and fast emerging new star of the thriving Welsh independent music scene, Gwenno, and Brighton’s beguiling surf-psych trio, The Wytches.

Reinforcing Liverpool Psych’s vast global appeal will be three bands travelling from Mexico – Has A Shadow, Vaya Futuro and making a most welcome return to the festival after their highly acclaimed performance here three years ago, the brilliant psych-rock duo Lorelle Meets The Obsolete – plus the highly influential French underground label and music archaeologists of the future, La Souterraine who will be presenting la Fête Souterraine