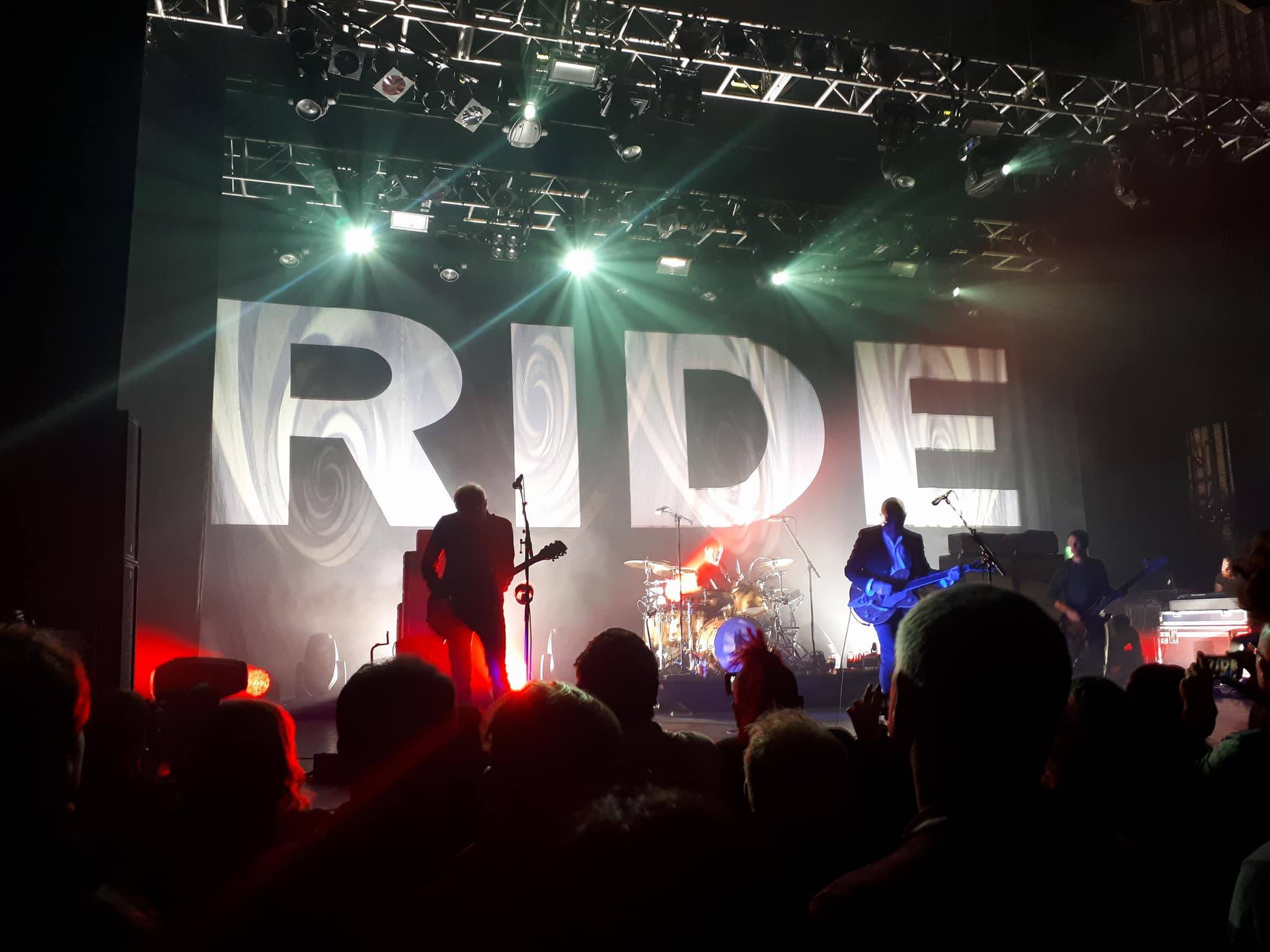 Young, sexy men making young, sexy music. Or at least that’s how it was the last time I saw Ride, in Paris almost 25 years ago to the day, when they seemed on the verge of becoming at least the next Cure/Smiths/New Order, if not even bigger than that. They didn’t of course, thanks in part to Alan twatting McGee trying to turn them into a country-rock act, but now they’re back and making the kind of music they should’ve made post-Going Blank Again.

But youth and sexiness are in pretty short supply tonight, both on and off stage, and whilst I’m delighted to say that I now have more hair than Mark Gardener (you’d have got pretty long odds on that 25 years ago), I find myself mulling over the mutual exclusivity of baldness and shoegaze rather too often during a gig which, sadly, never really catches fire.

My memories of Ride shows from back in the day involve sweaty moshpits, ringing ears and lots & lots of noise, none of which are present tonight. The sound is simply not loud enough, the audience are very sedate, and the band, Andy Bell and Steve Querault in particular, don’t really look as if they’re enjoying themselves. On their new album they push tentatively in new directions, and it’s noticeable that they only liven up when playing the new songs – ‘Cali’ (arguably their best song ever) and ‘Lateral Alice’ are standouts; on the old songs they phone it in, with the once ferocious ‘Like a Daydream’ reduced to a polite strum and ‘Dreams Burn Down’ far from the howling, cathartic epic of yore.

Of course it’s the old stuff that most of the crowd want to hear, and things do indeed liven up with a final triple whammy of ‘OX4’, ‘Vapour Trail’ and ‘Drive Blind’, but when they try to do a ‘Holocaust, section in the latter, their hearts aren’t really in it. The gig only takes off in its closing 10 minutes, with a glorious ‘Unfamiliar’, a rapturously received ‘Leave Them All Behind’ and a joyous ‘Chelsea Girl’ finally recalling past glories.

Not much of a wild Ride then, and maybe it’s unfair of me, being old & unsexy, to expect these forty-something adults to thrill me like they once did so many times; but waking up the morning after a Ride gig without bruises and still being able to hear properly just doesn’t feel right. It was…nice. But if I’d merely wanted a ‘nice’ evening, I’d have gone elsewhere.