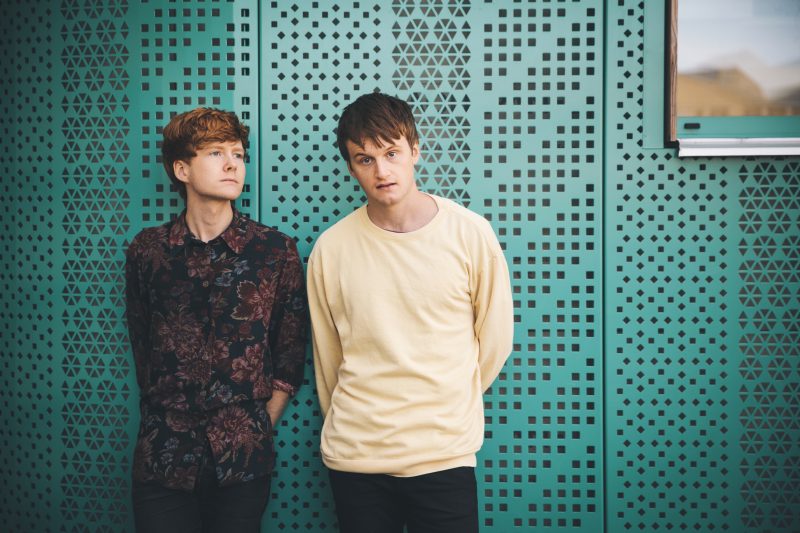 Welcome to the first edition of Nordic Music Scene, a monthly feature on God is in the TV that is dedicated to reviews and news from Sweden, Denmark, Norway, Finland, Iceland and their associated territories, focusing on indie artists and labels.

In this edition: Oxen, Anna von Hausswolff, Color Dolor, SolBloMMa, Sounds from Norway @ SXSW, Åsa Larsson (Resmiranda) and her international choir, Sløtface, Sol Heilo…and a selection of Nordic artists features that have appeared in God is in the TV since the beginning of the year.

Erik Hases and Stefan Söderqvist comprise Oxen, a Swedish duo (previously trio) that share their name with not one but two other bands; one of then a psycho rock group from Massachusetts and the other a dream pop outfit from Canberra. They aren’t likely to be confused with either. And there’s an indie experimental band from Texas called Even Oxen. Bullocks are evidently in fashion.

They’ve previously released an EP, which picked up plenty of Spotify plays across Scandinavia and some UK airplay, and this new single, ‘Limbo’, continues in a similar vein to their previous work on tracks like ‘Luck’ and ‘Only Forever’ with plenty of jangly guitar and a particularly tuneful bass line.

Having recently signed to Swedish indie label VÅRØ, Oxen is promising much more material this year, supported by a tour of Germany and possibly the UK.

Anna von Hausswolff – ‘The Truth, The Glow, The Fall’

Having dabbled in a Spaghetti Western-themed, scream-punctuated, murder mystery with ‘The Mysterious Vanishing of Electra’ her first track from new album ‘Dead Magic’ (see https://www.godisinthetvzine.co.uk/2018/01/26/totw-11/) Gothenburg’s Anna von Hausswolff returns to more familiar territory and her weapon of choice with this pipe organ-underscored, slow-burning masterpiece.

At 12 minutes 10 seconds it is a little long for most tastes but the diminutive Swede is always worth sticking with to the bitter end and this creation unravels like a trip to Dante’s Inferno or to see “Attack ships on fire off the shoulder of Orion and C-beams glittering in the dark near the Tannhäuser Gate.” Indeed it would make for a terrific soundtrack to the “Tears in Rain” monologue by Rutger Hauer if ever there was another Director’s Cut of Blade Runner.

From around seven minutes in you’ll find it difficult to believe that von Hausswolff can replicate this sound live. The thing is, she can (and at about 110 Db), which is one reason she is such a favourite of Michael Gira and Swans (and seemingly of Iggy Pop, according to the BBC TV advert for 6 Music that’s doing the rounds). More’s the pity then that she only has one UK date booked this year (12 March, The Dome, Tufnell Park, London).

And the outro, from around 8:30, redefines “spine-tingling.” 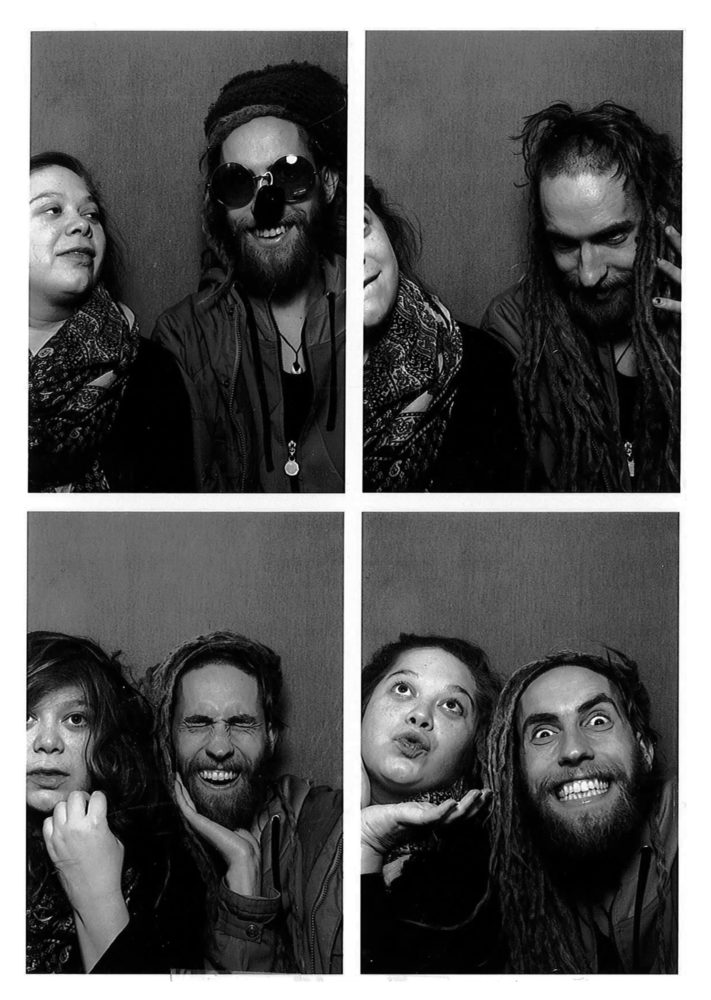 Musically, Finland is best known for Eurovision-winning heavy, thrash and extreme metal bands, which the country seems to excel at. Art-pop band Color Dolor couldn’t be more different. Led by one time solo performer Stina Koistinen they built a reputation a few years back, having opened for St Vincent and for the Norwegian diva Susanne Sundfør, in Helsinki. The band doesn’t mimic any style, and every song is different.

Illness and various personnel changes resulted in Color Dolor, which has been around since 2011, taking time out but they now return as a duo with Koistinen joined by another band stalwart, the guitarist-producer Nicolas Rehn, known as “Leissi”.

‘Revolution’ is from their third album, ‘Love’, which will be released in May 2018 on the indie Soliti label, and which looks at love from different angles: romantic, platonic, societal, lovelessness and so on.

This song is described as a personal call to arms by Koistinen, and as “a love song for a true friend.” It was released before Valentine’s Day, which is “Friend’s Day” in Finland. Unusually for Color Dolor it’s something of a club banger and about as far moved as it could be from early material such as the haunting ballads ‘Measures’ and ‘The Angel’.

The next single from the album, ‘Anyway the Wind Blows’ is scheduled to be released on 9th March

The Finnish press took to Color Dolor like they were the Second Coming when they released their second album ‘Wonderchild’ in 2015, describing them as “future megastars” so this pared down unit  has a great deal to live up to in their homeland with this one. 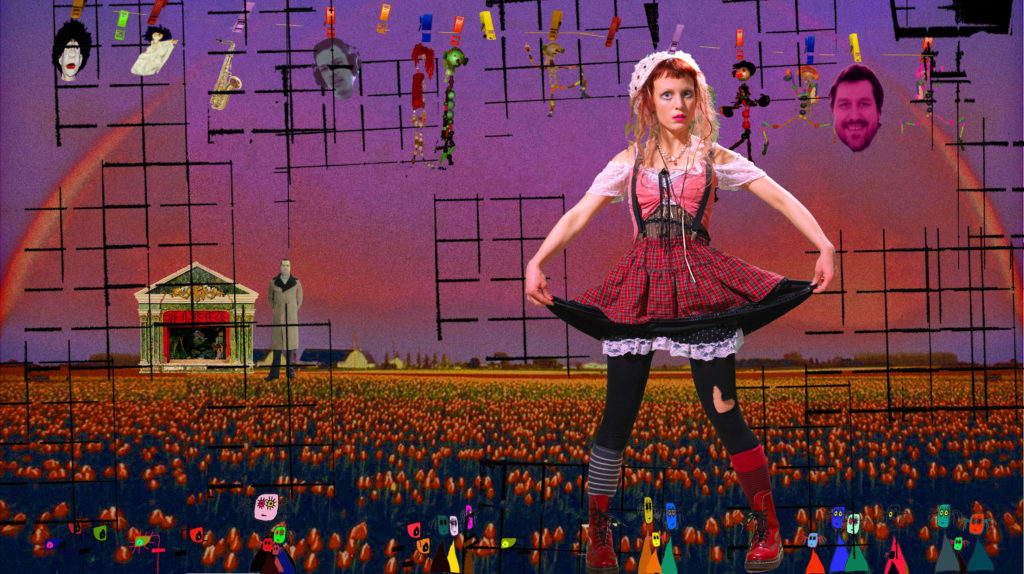 You’ll be hard pressed to find a more oddball, quirky character in the music business than Stockholm-based SoLBloMMa (Sunflower in English, and her real name).  The philosophy graduate is a multi-tasker; she’s also a puppet master, a clown, a designer of online IQ games and a railway geek to rival Pete Waterman. Vocally it’s possible to detect something of Cyndi Lauper, Clare Grogan (Altered Images), Polly Scattergood and even a stoned Björk, as one critic dubbed her.

In a long career she’s been signed to EMI (she now has her own label), had chart success under a different name but has also busked her way around Europe, scored a Portuguese TV series, worked with leading jazz pianists and saxophonists and dabbled in everything from trip hop to death metal, gaining a cult following along the way. Her direction momentarily is increasingly electronic. Her public persona is a brave one to wear in a country where overt individuality frequently encourages a condescending response.

She writes quite thoughtful songs, sometimes with a slant on unrequited love but she’ll tackle any subject. This latest single is one of the few she’s recorded in her native language – most are in English – and a well known folk song there.

The next one – ‘Charles de Gaulle’, scheduled for release on 30th March, is completely different as she reprises the role of Tom Hanks in ‘The Terminal’. In typical SoLBloMMa style the supporting video was filmed not at the Paris airport but at Stockholm Arlanda and Prague airports.

‘Sounds from Norway’ line-up for SXSW is announced

Music Norway, one of the more active of the national music export agencies, has teamed up with the presenter Brilliance and the Royal Norwegian Consulate General in Houston to present, for the fifth time, some of the best “Sounds from Norway” at SXSW 2018 in Austin, Texas.  Six bands will take to the stage at Elysium on Red River on 14th March, featuring everything from indie rock to future house. This year Haakon, Crown Prince of Norway and heir apparent to the throne, will be guest of honour.

The Crown Prince has occasionally dabbled in the music business himself.  In 2011 he accompanied the band Katzenjammer in their recording of the song “Vi tenner våre lykter” for the 2011 Christmas-themed album of the same name. Proceeds benefited “Their Royal Highnesses, The Crown Prince and Crown Princess funds.

Brilliance Records has provided a Spotify Playlist featuring each of the artists:

Swedish singer/songwriter and multi-instrumentalist Åsa Larsson, who also performs as Resmiranda, a character from Swedish folklore, is a committed environmentalist with a particular passion for trees. Indeed, a song released last year (as Resmiranda), ‘Sisterhood’, the first track from a forthcoming debut album, put to music the words of a poem by Clare Dubois, a social entrepreneur who founded the exclusively female Tree Sisters movement, one of several such collaborations.

Now the gloves are off. Larsson and her colleagues have organised an international virtual choir to “empower women” to “raise their voices on behalf of trees and the planet”.  The choir is intended for “professional singers” and “shower singers” alike, of all ages. All funds from the project will be donated to Tree Sisters.

The first project began on 21st February and participants are receiving a weekly email with singing exercises and instructions on how to learn and practice parts to a song.

Ultimately, it will culminate in a live performance on 8th March, both in Larsson’s home town of Gävle, about 100 miles north of Stockholm and online. The ‘happening’ as the organisers refer to it has attracted widespread national newspaper attention and international interest. 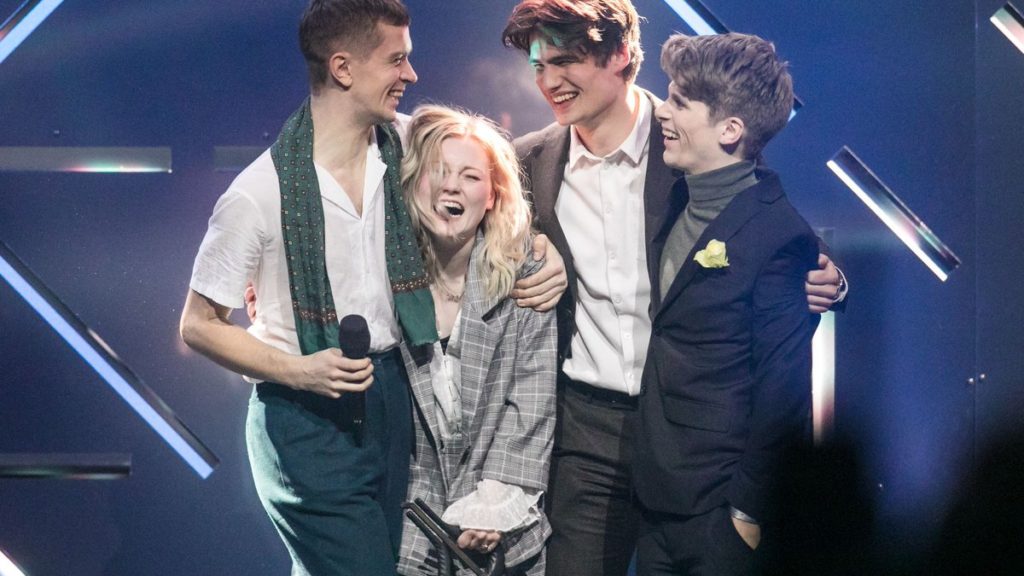 Prior to picking up the coveted award in the rock category, the band used their four minutes of time live on prime-time Norwegian television to promote gender equality, inviting Ragnhild Fangel Jämtveit (Pom Poko), Thea Glenton Raknes (Thea & The Wild) and Marie Moe (Razika) to share the stage with them as they performed a special rendition of ‘Magazine’ from their debut album ‘Try Not to Freak Out’ .

They were also joined by three young members of LOUD – an annual band camp for girls and transgender youth aged between 11–17 years.

The performance can be watched HERE. (Starts at 1:30).

Speaking on the performance, the band said: “We’re proud to be pushing Norwegian rock forward as a female-fronted band. Rock generally is a genre with an under-representation of women, and Norway is no exception. It’s an emotional, and at the same time political, experience to win this award and we’re proud of every second of work we’ve put into the record and band. We hope that other women out there will feel empowered and that this will be a step toward a more gender equal genre, industry and world.”

Sløtface recently returned from a U.S. tour to commence a full tour of their home country. The band will then return to Stavanger to continue writing and recording material for their next release on Propeller Recordings.

2017 was a breakthrough year in the UK with regular Radio 1 plays, part of 6000 international radio plays and a sell out tour across Britain.

Sol Heilo moves into the second part of her European tour promoting debut album ‘Skinhorse Playground’ on 6th March with a gig in Zurich, followed by three in the Netherlands and a single UK show in London on the 13th.

The ex-Katzenjammer multi-instrumentalist and front woman is still adjusting to “single” life though many of her songs were written while on the road with Katzenjammer over a period of 12 years and quite a few of them whilst in London, which perhaps explains why her set contains two capital songs – her own ‘London is Trouble’ and a cover of The Clash’s ‘London Calling’, which was also a Katzenjammer favourite.

In a recent interview with God is in the TV (https://www.godisinthetvzine.co.uk/2018/01/22/conversation-sol-heilo/), Heilo explained that as “a quarter of Katzenjammer” she felt obliged to bring a part of that band to the show and set lists from the German first half of the tour suggest there is a fair sprinkling of historical material in there.

At the same time she claimed to have 40 new songs in her head at any one time so it would not be unreasonable to expect at least one new one.  She has been performing this previously unheard song, ‘Christ Jesus’ in Germany:

NORDIC MUSIC PREVIOUSLY FEATURED ON GOD IS IN THE TV IN 2018:

In case you missed it, here are some Nordic artists featured in God is in the TV since the beginning of the year.

Susanna (Norway) – Invitation to the voyage

Thea and the Wild (Norway) – Ikaros

Sigrid and the Viking invasion of the UK