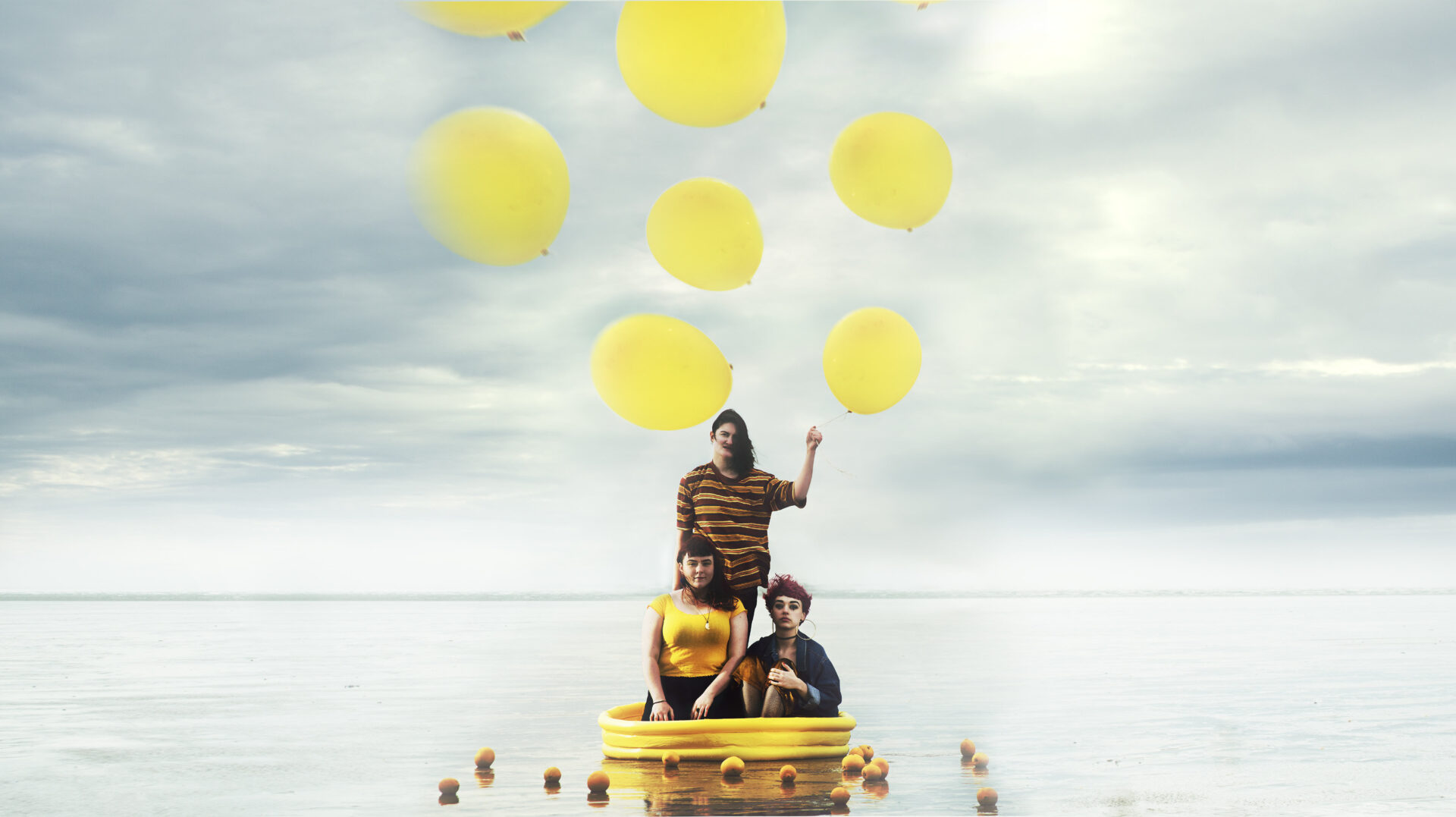 Adwaith announce their debut album, Melyn, which translates as “Yellow” in Welsh. Released on  Libertino Records October 12 digital, and limited vinyl November 23. The title was chosen by the band as the colour that signified the youthful joy of creating music that flows from its songs. It also counters the darker lyrical themes that run throughout: uncertainty, heartbreak, and the pains of growing up, leaving the certainties of childhood and stepping into the unknown adult world. In our exclusive interview with the band, we called them one of the most constantly evolving and exciting emerging groups from Wales of the last few years.

With the recent backing and airplay from BBC Radio 1 DJ Huw Stephens causing the band’s quickening pulse to beat even harder, James Dean Bradfield of Manic Street Preachers has since weighed in with a remix of their most recent single ‘Gartref‘. Remixed and produced by James Dean Bradfield and Loz Williams and mixed by Dave Eringa, the collaboration adds a reflective and sonic sheen to the song.

“The inclusion of ‘Pwysau’, their first single on the album, is an artistic choice to amplify the ark of the journey and to show how Adwaith have grown as songwriters and individuals to be a band with no creative boundaries, confidently striding forward.

Melyn is emotional and wears it’s vulnerability proudly, as shown by ‘Fel I Fod’. This stand out single is on its way to being a record-breaking song as one of the most streamed Welsh language songs of all time, with already 300,000 plays after only a few months.

Driven by their musical instinct and written off the cuff in the studio during recording, their previous single ‘Gartref’ displays a clear indication of where the band is headed, taking influence from ‘The Scream’ era Siouxsie and the Banshees and the metallic desolation of Public Image Ltd ‘Metal Box’.

Adwaith’s politically aware, socially conscious stand for their generation sidelined by Trump and Brexit Britain, ‘Newid’ is becoming an anthem for a generation. Gwenllian Anthony’s lyrics stating “They will never break us. Looking at the giants above us, passion will rise from us all”. The song finishes on these spoken words, defiance in the face of a world gone astray and let by immoral leaders, Newid proudly standing for love, compassion and a just world.

The echoing expanse of ‘O Dan y Haenau’ is the result of experimenting with dynamic synth sounds and is “about losing yourself in your own mind, and being on your own in a big crowd”, whilst ‘Newid’ was written as a reaction to a piece of art called ‘The Beast of the Western World’.

The sparse ‘Diafol’ was inspired by the famous tale of Robert Johnson trading his soul with the devil, and closing song ‘Gartref’ was written whilst travelling home from an Italian festival – “We were feeling very overwhelmed. It’s about a longing for home and not knowing where it is.”

Adwaith have also been instrumental in encouraging gender equality within the Welsh music scene, via the creation of the FEMME gig nights. A succession of sold out club shows featuring artists as diverse as Ani Glass, Chroma, Serol Serol, Gwenno and the legendary Patricia Morgan from Datblygu all sharing the same stage.” 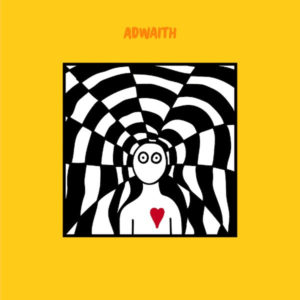