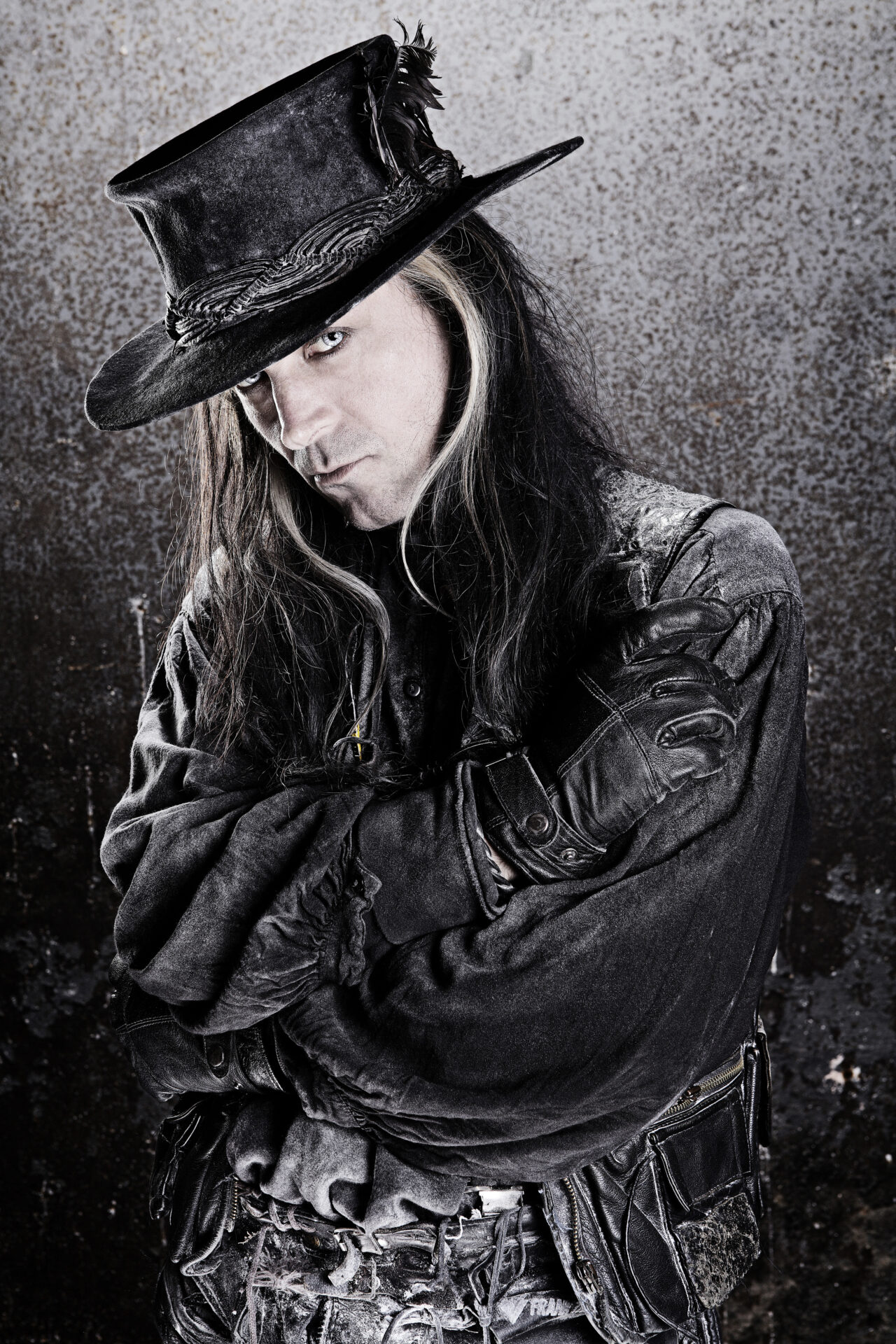 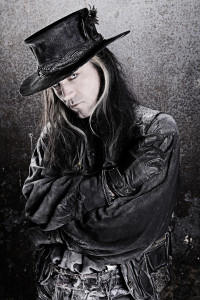 Despite tonight being Fields of the Nephilim‘s party, the name on the lips of many people at the Empire tonight (and, as I found from the moment of the gig’s announcement, online) was HIM, tonight’s “love metal” foreplay – and it’s not all positive. Many of the scene’s seasoned veterans in attendance aren’t entirely happy about the Kerrang posterboys’ presence and, maybe moreso, the piercing screams from their devoted banshee throng on the barrier.

Thing is, it doesn’t take much stretching of the imagination to see why HIM are an ideal support for this occasion. The very existence of a band that wears their FotN influence on their sleeves (to, it has to be said, the point of sounding very much like them in places – only with more sheen and pop polish) that has attained such gigantic popularity, particularly amongst a younger audience (more on that later) is worth flaunting tonight, almost as if they were a trophy to commemorate their far-reaching influence. For what it’s worth, this very reviewer’s first gig was HIM at Cambridge Corn Exchange. Through HIM, I found Bauhaus, Killing Joke and many others – including, of course, Fields of the Nephilim. To many of the younger audience members, HIM were their gateway drug.

Baring both bonafide hits (Buried Alive By Love, Rip Out The Wings of a Butterfly, Poison Girl) and welcome deep cuts (Soul On Fire and the first performance of Razorblade Kiss of the decade), HIM were certainly not in “support band mode” tonight, making sure that the Valo devotees in attendance didn’t leave (in many cases, before FotN’s set) feeling short-changed. Older music fans are tough eggs to crack, however, so it’s hard to tell whether their confident, strident performance would have converted any of the skeptical 40+ crowd. Judging by the shrieking that punctuated the gaps between their songs, it’s not as if they’d need to care.

After the kids filed out and the grown-ups returned from the bar/toilet, attention was turned to the main event, which started with an earth-shaking sonic boom. Preceded by his guttural basso profundo, Carl McCoy stepped out to a rapturous returning hero’s welcome at the climax of opener “Shroud (Exordium)”, diving head first into “Straight To The Light” without a single word or moment’s hesitation. Tony Pettit’s reprisal of the bass playing position added oomph to faithful, note-perfect renditions of “Dawnrazor”, “Moonchild” and encore start “Psychonaut”, differing from their recorded counterparts by only the sound of every word being bellowed back by the congregation. The energy is infectious, fuelled in equal parts by the gigantic choruses and strident riffs, and the simultaneous renditions sung, shouted and screamed right back by the devoted throng. They may be a morbid lot, but the ambience is far from funereal.

It would be easy to write this celebration off as a cynical, nostalgic cash-grabbing exercise, but the industro-disco of “Prophecy” showed a small glimpse of what lies in the future of the godfathers of Goth (with a capital “G”). If McCoy’s break from restrained plodding to mic stand-grabbing Freddie Mercury-isms during the newie are any indication, The Neph’ are seemingly striding towards their future with confidence and swagger, though I suspect the appetites of many here won’t be satiated by anything less than a new record – at long last.

If the words of the set closer “Mourning Sun” (“I’m alive again; I will rise again; we will rise again!”) are to be believed, this isn’t the last we’ll be hearing from McCoy & Co. Will they gift us with a new LP in 2015? All we can do now is sit and wait for the Nephilim to, indeed, rise again.